EN
Home Our areas of specialization Allergology and immunology

If you can’t find the information you’re looking for, please contact us by telephone, email or using the contact form. Our staff and doctors are available to answer any questions you may have.

Allergology and immunology are two complimentary domains. As the name suggests, allergology relates to the prevention, diagnosis and treatment of any kind of allergy or related condition. An allergy is an immune condition which is triggered by a hypersensitivity to certain substances. Thus, for obvious reasons, immunology falls within the skill set of allergologists. In conditions classed as immunological illnesses, the immune system - designed to protect the body against foreign pathogens (which trigger infections) - attacks the body instead, resulting in tissues and organs progressively deteriorating.

Clinical immunology focuses on conditions caused by this change in the immune system, including allergies, immunodeficiencies (weakening of the immune defences due to a lack of antibodies), autoimmune conditions (rheumatoid arthritis, multiple sclerosis), as well as inflammatory and autoinflammatory diseases.

What is an allergy?

An allergy is a condition which triggers the body’s immunological mechanisms, by which a foreign substance causes an excessive immune response. These substances, known as “allergens”, are harmless for most people but are dangerous for allergy sufferers. For these people, the body reacts to the substances by producing specific antibodies (reagins or IgE). For example, pollen and animal hair are some of the most common allergens.

What are the causes associated with allergies?

The main causes of allergic reactions include:

To assess whether a patient actually suffers from an allergy and provide a proper diagnosis, an allergology and immunology specialist can carry out blood and/or skin tests.

Some of the most common tests used to confirm a person’s sensitivity to an allergen include:

There is no definitive treatment for allergies. Undoubtedly, prevention is the first line of defence, as the best and most reliable way to avoid any allergic reaction is to avoid contact with allergens. Often, however, that is impossible, particularly for allergens present in the air, such as pollen and animal hair.

Allergies can be treated using medication to reduce symptoms. This medication is taken orally or comes in the form of nasal sprays or eye drops. The best known are corticosteroids, antihistamines and decongestants. Patients can be treated not only for their symptoms, but also against the causes of the allergy. In this respect, immunotherapy plays a fundamental role; the patient is given increasing doses of the allergen to improve their tolerance level, until they are completely desensitised.

If you have any further questions, we’re here to help, so please get in touch.

Allergy symptoms are the physical signs of an allergic reaction caused by the release of neurotransmitters (e.g. histamine) when allergens come into contact with antibodies. The parts of the bodies most often affected by allergies are: The nose, which often runs (as if you had a cold) and experiences symptoms of nasal mucous membrane swelling, sneezing and fluid discharge (allergic rhinitis). The lower respiratory tract, which experiences breathing problems and breathlessness (irritation, bronchoconstriction, asthma attacks). The eyes, which can become red, itchy and watery (allergic conjunctivitis). The skin, which can be affected in different ways, from redness to peeling or flaking (allergic dermatitis, such as eczema or hives, and contact dermatitis). As well as the body parts mentioned above, other symptoms can also occur in the mouth (e.g. swelling of the lips or tongue), face and throat. The severity of the reaction can vary significantly from one person to the next, from a mild rash to anaphylactic shock, which is a potentially life-threatening allergic reaction. Nickel allergies, for example, cause contact dermatitis. This allergy is often triggered when people wear earrings or watches or use other metal objects. However, given that nickel is a very common metal, symptoms can also be triggered by contact with everyday objects (such as keys, money and door handles).  Regarding food allergies, allergies to eggs are among the most common, particularly for children. Symptoms include hives, allergic rhinitis, digestive problems (e.g. cramps, nausea and vomiting), coughing and breathlessness. 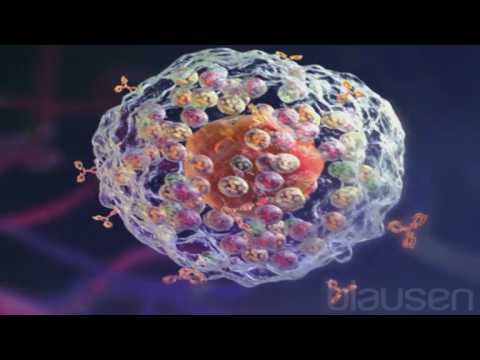